There are 92 New York Public Libraries in the New York City area. According to the article, 25 million items (books, tapes, etc.) were circulated in 2016.

I am pleased to see that my favorite title, for personal and professional reasons, When Breath Becomes Air by Paul Kalinthi, M.D., was no. 1 in its non-fiction area. It was followed by high readership of Being Mortal: Medicine and What Matters by Atul Gawande. M.D.  (See my comments in previous blog about best-seller book lists for 2016). Both books are about quality of life at the end-of-life.

I work with health and mental health authors as a book shepherd and marketing person. Other than subjects of physical and emotional pain (and how they possibly correlate with one other), I am most interested in the subject of facing end-of-life.

The most meaningful book I read this year, and obviously the most meaningful to others according to the NY Times best-seller list, was Dr. Paul Kalinthi’s intelligent, poetic When Breath Becomes Air.  It is about how he, a young neurosurgeon who receives a diagnosis of terminal lung cancer, chooses to live and share his last days.  I am sorry to say the Spanish translation in Mexico is entitled The Good Doctor which makes it sound egocentric and uninteresting, though translators would argue with me that the original title would never sell in the country.

In any event, I urge all appreciators to discover When Breath Becomes Air if you haven’t already. It makes two important points – we never know when our days in this lifetime might pass, and, if we can, prepare for that day in the most sacred way possible.

Below is the link to London Telegraph‘s Best Book List 2016.

And, an interesting list from 2015 at the link below outline’s Sam Harris’ suggestion for books everyone should read no matter the year.  https://www.brainpickings.org/2015/07/21/sam-harris-reading-list/

Approximately 650 writers from around the world registered to attend, sign books, or speak. Forty-four countries were represented.

The fair was dedicated to Latin America as opposed to one specific city or country. In 2017, FIL has announced that Madrid (as in Spain) will be the honored guest. No other details offered.

Bookstores and book publisher/distributors filled two huge pavillions, one domestic and one international at FIL, the largest Spanish language book fair in the world.

Norman Manea, born in 1936, won the $150,000 (USD) FIL Literary Award. Manea, who was born in Romania and is considered that country’s premiere writer, was a MacArthur Foundation Fellow. He has been nominated more than once for a Nobel prize. His themes are the Wandering Jew, identity, and isolation. He lives in New York City and you can read more about him at http://www.NormanManea.com.

I especially liked visiting Nirvana Books (Mexico City), which as you may guess from its name focuses on Body, Mind, Spirit books. The main publishers represented were Editorial Kairos, Ediciones Obelisco,  and Editorial Sirio from Spain. A good number of the titles were Spanish translations of books by American authors.

I like the enticing slogan for Grupo Planeta , Creemos en Los Libros, We Believe in Books.

Gandhi Books is a popular book chain in Mexico. They attend each year and have stores in Guadalajara.

In December 2016, the senate of Mexico approved the used of medical marijuana, a controversial subject in the nation for years. Legalization awaits other approvals.

For all you garden lovers… a new book, released in October, with a charming title… Gardenista.

In my work with health and wellness authors I have come to find gardens more healing than ever before – other than being in a beautiful place to walk and sit, one can meditate, restore oneself, feel oneself, and remember those who are alive and who have passed. Sacred gardens, and every other day gardens are especially important at hospitals, palliative care centers, and around hospice buildings, yoga shalas, and our homes.  See the revolving photos of client Carol Cumes’ Chakra Gardens at https://www.willkatika.com/7-chakra-gardens .

See review of Gardenista from Alan of Diesel Bookstores, California, below… 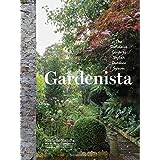 by Brian Evenson
From the team who gave us the bestselling book of carefully considered interiors, Remodelista, comes its logical extension to the home’s exterior Gardenista. “Carefully considered” does not mean formal or stuffy, think more of classically-casual instead. Think of it as both inspiration and expert advice in a book which can serve both as a starting point, and later on a reference manual. – Alan

The book can be purchased at Amazon.com, $25 hardcover, $12 e-edition. There is also a web site for the book, http://www.gardenista.com .

Today’s Publisher’s Lunch made mention of the Forbes study on the amount successful authors earn yearly. The listed authors write fiction and are primarily from the U.S. or the U.K.

The highest earner is thriller and young adult author James Patterson, $95 million last year. He has important promotional backing from the Hachette Group (worldwide publishing). You can read his bio and learn more about his prolific writing life at http://www.JamesPatterson.com .

Non-fiction authors earn considerably less. There is a consensus among my colleagues that you need about three books in your non-fiction genre to start generating income. You’ll probably earn more if you self-publish. If it’s a topic in the minds of many, you might earn up to $10,000/year, if you are fortunate. If you are writing non-fiction you’ll likely need back-up work to support your passions and your life.

I have been based in West Hollywood, CA and Palm Springs, CA, including forays to other continents, since graduate school. Like most of you, I am a book reader, collector, and appreciator.

LAist magazine recently created a list of favorite bookstores in the City of the Angels. See http://laist.com/2016/07/20/best_indie_bookstores_in_la.php   Photos are included.

Even though I am a faithful visitor to some of the wonderful retailers on the list, I’d like to add my own favorites which went missing on LAist:

From Shelf-Awareness.com’s post (via Grammarly.com) in honor of painter Vincent Van Gogh, who was born March 30, 1853 …

Carla Diane Hayden is an American librarian. She is the current CEO of Enoch Pratt Free Library in Baltimore, Maryland, and was president of the American Library Association from 2003 to 2004.Wikipedia
Born: August 10, 1952 (age 63), Tallahassee, FL
Education: Roosevelt University, University of Chicago

Iconic rock star David Bowie, writer-poet, avid reader, original thinker, and all around performer and musical talent, passed away bravely this week. No one other than his family, trusted associates, and palliative care team knew that he had been terminally ill with cancer for 18 months.  He went out a hero on his own terms at the age of 69, two days after his birthday and two days after the release of his latest album and a new rock video alluding to his imminent demise.

Photo below snapped this week, was found at http://www.boingboing.net.

Here below, from the http://www.davidbowie.com web site, is the complete list of his 100 favorite books demonstrating his open mind, eclectic taste, and fascination with the dark side:

Room At The Top by John Braine

On Having No Head by Douglass Harding

Kafka Was The Rage by Anatole Broyard

A Clockwork Orange by Anthony Burgess

City Of Night by John Rechy

The Brief Wondrous Life Of Oscar Wao by Junot Diaz

As I Lay Dying by William Faulkner

Inside The Whale And Other Essays by George Orwell

Halls Dictionary Of Subjects And Symbols In Art by James A. Hall

Beyond The Brillo Box by Arthur C. Danto

In Bluebeard’s Castle by George Steiner

The Divided Self by R. D. Laing

The Stranger by Albert Camus

Infants Of The Spring by Wallace Thurman

The Quest For Christa T by Christa Wolf

The Songlines by Bruce Chatwin

Nights At The Circus by Angela Carter

The Master And Margarita by Mikhail Bulgakov

Darkness At Noon by Arthur Koestler

The Waste Land by T.S. Elliot

The Outsider by Colin Wilson

A Confederacy Of Dunces by John Kennedy Toole

The Day Of The Locust by Nathanael West

The Life And Times Of Little Richard by Charles White

Awopbopaloobop Alopbamboom: The Golden Age of Rock by Nik Cohn

Sweet Soul Music: Rhythm And Blues And The Southern Dream Of Freedom by Peter Guralnick

The Sound Of The City: The Rise Of Rock And Roll by Charlie Gillete

The Street by Ann Petry

A People’s History Of The United States by Howard Zinn

The Age Of American Unreason by Susan Jacoby

The Coast Of Utopia by Tom Stoppard

The Bridge by Hart Crane

All The Emperor’s Horses by David Kidd

The Bird Artist by Howard Norman

Nowhere To Run The Story Of Soul Music by Gerri Hirshey

Before The Deluge by Otto Friedrich

Sexual Personae: Art And Decadence From Nefertiti To Emily Dickinson by Camille Paglia

The American Way Of Death by Jessica Mitford

In Cold Blood by Truman Capote

The Hidden Persuaders by Vance Packard

The Fire Next Time by James Baldwin

The Trial Of Henry Kissinger by Christopher Hitchens

On The Road by Jack Kerouac

Transcendental Magic, Its Doctine and Ritual by Eliphas Lévi

The Gnostic Gospels by Elaine Pagels

The Leopard by Giusseppe Di Lampedusa

A Grave For A Dolphin by Alberto Denti di Pirajno

The Insult by Rupert Thomson

In Between The Sheets by Ian McEwan

A People’s Tragedy by Orlando Figes

Journey Into The Whirlwind by Eugenia Ginzburg

The following is a re-print of the bio-section of http://www.Shelf-Awareness.com’s interview with Robert Frost’s distinguished granddaughter Dr. Lesley Francis. Even though my area is wellness books, I am including this mention because poetry can be healing for many people, and reading about the life of Robert Frost might be healing as well.