I managed to visit the store October 7 to scout for psychology and social science books as comps for a book I am shepherding that will be published in late spring 2018.

It was quiet for a Saturday. Young guides asked if it was my first visit and then prompted me to use an Amazon.com app to identify book prices as no costs are marked.

Once you’ve chosen your merchandise – books, cards, coloring books, knickknacks, you proceed to the cashier.

I have only been to the Century City store once. I find I’m still ordering from Amazon on-line even if I have to pay for postage.

Note: Amazon recently hired Steve Kessel as VP in charge of all brick and mortar operations including Amazon Books, Whole Foods, etc. with the goal of re-inventing how customers shop in stores.  Let’s see how this will evolve in a space currently without much eye candy.  Or do we absolutely have to have eye candy and more choices?!!

The Bodhi Tree first opened in 1970 and quickly became a haven for spiritual seekers. Over the years it hosted well-known writers and thought leaders from the Body/Mind/Spirit world.

The new venture, incubating since the store closure, is completely on-line with new and antiquarian books.  The experience is not quite the same without incense burning and hot cinnamon tea to sip. But let’s see how this will evolve. Every new invention requires time.

The on-line store also offers sacred Buddhist and Hindu treasures for the home, wellness beauty products, and healing items. You can find the metaphysical mercantile at http://www.BodhiTree.com  or by writing  hello@bodhitree.com. 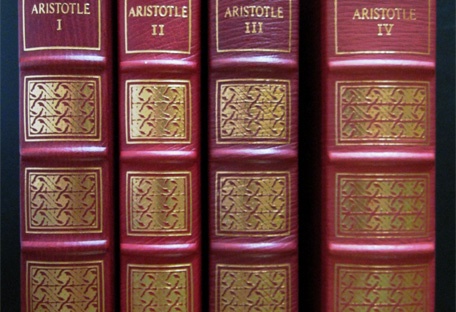 Here below you will find a link to an article from the Rare Book Hub with commentary by its editor Bruce McKinney about Marc Sena Carrel, an antiquarian book dealer based in the San Francisco Bay Area who is divesting of his business – Chinese and Japanese arts and antiquities books, Asian art prints, European and American art books, and other collectibles on art, archaeology, and design.

The November 1, 2017 article includes Marc Sena Carrel’s story about how he plans to exit the bookseller business.

The carefully curated collection of scholarly books is currently on view at http://www.bookcarrel.com.

*The last name of Mr. Carrel is the same as mine. That is no mere coincidence. He is my brother and I am proud to mention his life long passion for collecting fine books and his decision to sell what he so efficiently and diligently has found for appreciative readers.

Approximately 650 writers from around the world registered to attend, sign books, or speak. Forty-four countries were represented.

The fair was dedicated to Latin America as opposed to one specific city or country. In 2017, FIL has announced that Madrid (as in Spain) will be the honored guest. No other details offered.

Bookstores and book publisher/distributors filled two huge pavillions, one domestic and one international at FIL, the largest Spanish language book fair in the world.

Norman Manea, born in 1936, won the $150,000 (USD) FIL Literary Award. Manea, who was born in Romania and is considered that country’s premiere writer, was a MacArthur Foundation Fellow. He has been nominated more than once for a Nobel prize. His themes are the Wandering Jew, identity, and isolation. He lives in New York City and you can read more about him at http://www.NormanManea.com.

I especially liked visiting Nirvana Books (Mexico City), which as you may guess from its name focuses on Body, Mind, Spirit books. The main publishers represented were Editorial Kairos, Ediciones Obelisco,  and Editorial Sirio from Spain. A good number of the titles were Spanish translations of books by American authors.

I like the enticing slogan for Grupo Planeta , Creemos en Los Libros, We Believe in Books.

Gandhi Books is a popular book chain in Mexico. They attend each year and have stores in Guadalajara.

In December 2016, the senate of Mexico approved the used of medical marijuana, a controversial subject in the nation for years. Legalization awaits other approvals.

I have been based in West Hollywood, CA and Palm Springs, CA, including forays to other continents, since graduate school. Like most of you, I am a book reader, collector, and appreciator.

LAist magazine recently created a list of favorite bookstores in the City of the Angels. See http://laist.com/2016/07/20/best_indie_bookstores_in_la.php   Photos are included.

Even though I am a faithful visitor to some of the wonderful retailers on the list, I’d like to add my own favorites which went missing on LAist:

Carla Diane Hayden is an American librarian. She is the current CEO of Enoch Pratt Free Library in Baltimore, Maryland, and was president of the American Library Association from 2003 to 2004.Wikipedia
Born: August 10, 1952 (age 63), Tallahassee, FL
Education: Roosevelt University, University of Chicago

It’s a great day (December 5) in Guadalajara. Think LA in the winter, the same weather. I checked, 76 degrees in both cities, no rain!! 😉

The Guadalajara Book Fair 2015 (in its 29th year) opened November 28 and closes Sunday night December 6 at 9 p.m. at Expo Guadalajara. The fair is considered the premiere book event of the Ibero-Americas. This year 1900 publishing houses representing 43 countries are participating. Around 700 authors are speaking at various forums, and/or, presenting their work(s) at booths. The United Kingdom is the featured country. The Brits created an impressive two-tier pavilion of billowing red fabric loosely inspired by the country’s red double-decker buses to invite guests inside.

The highlight of the 9-day event was British author Salman Rushdie’s lecture at Sunday’s Literary Salon. He spoke about his childhood tradition of storytelling (he was born in Kashmir) and how it influenced his work and perspective. Sir Rushdie received the Carlos Fuente Medal from the late Mexican author’s wife.

Also notable, the great number of junior high, high school, and university students flooding the floors, avidly scouring for books from one side of the Expo to the other. It was thrilling to watch young people so hungry for knowledge. Hope for this country’s future.

I spent five hours roaming the national and international floors.

Highlights for me in alphabetical order:

Amazon.  Presenting the Kindle White Paper with a $20 US discount for expo speakers, $5 US discount on e-books. Amazon Mexico, recently launched at www.amazon.com.mx,  was also promoting its Mexican self-publishing/direct publishing through Create Space to reach “more than 500 million Spanish speakers.”. See www.kdp.amazon.com

Anadoludkm.  The Turkish Center of Language and Culture, bravely showing books on Islam as well as books by Turkish authors, artists, and chefs. They are located at Justo Sierra 2555 in Colonia Ladron de Guevara in Guadalajara.

***DEMAC Documentacion y Estudios de Mujeres, A.C. A 20-year old non-profit for the empowerment of women with offices in Chichuahua, Puebla, Queretaro, and Veracruz (Xalapa). See www.demac.org.mx.  With an understanding that writing can be healing, they run a yearly writing contest throughout the country, as well as writing classes, and seminars where women share their compelling and moving stories. (see diary cover at top of this post). 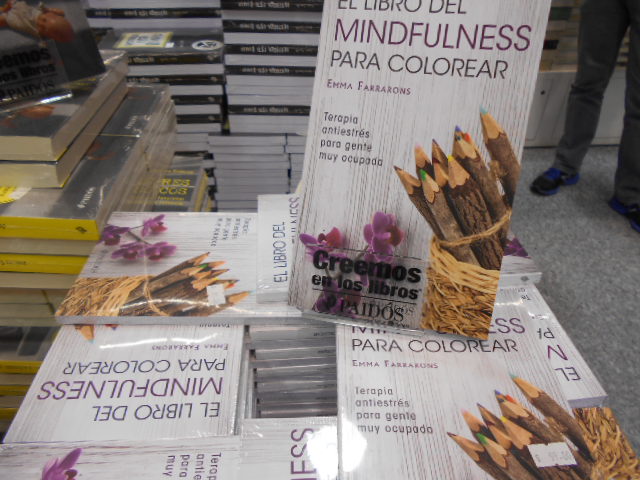 Ecuador.  Stopped by out of curiosity as I attended Ecuador’s 5th annual book fair in Quito exactly two years ago. The Quito fair had 56 stands, the one from Iran, set up by the Embassy, turned out to be the most enticing with a display of photos, paintings, oriental carpets, and of course, books. There were not a lot of events. The next Quito book fair, sponsored by Ecuador’s Ministry of Culture, will be in November 2016, and promises many worthy events and activities. It will be supported by the House of Culture, the Association of Independent Authors, and publishers El Angel, El Conejo, and others. The fair in 2013 was small and not well-attended by locals. Ecuador, as I have observed, is not yet a country with many authors of note (there are some), or readers. But if you research Ecuadorians at the time of the revolution, you will discover, among others, well-educated country heroine Manuela Saenz who was a prolific and articulate diarist as well as a woman ahead of her time. The Ecuadorian Chamber of Books (Camara Ecuatoriano del Libro) publishes a handsome magazine, Leo (I Read), with the motto mas libros, mas libres – more books, more liberty. See also www.celibro.org.ec, Fabian Luzuriaga T. is the president. Or see www.culturaypatrimonio.gob.ec .  Mr. Books (www.mr.books.com, a book chain with stores in Quito and Guayaquil and a bookstore on-line), is a sponsor of the book fair.

El Colegio Mexiquiense. Photo of yours truly below with Margarita Vazquez, Head of Distribution and Marketing for El Colegio Mexiquiense, located in San Miguel Zinacantepec, west of Toluca, a social sciences university offering M.A.’s and PhDs. They produce a prolific number of publications. http://www.cmq.edu.mx .The gentleman is a visting psychologist. 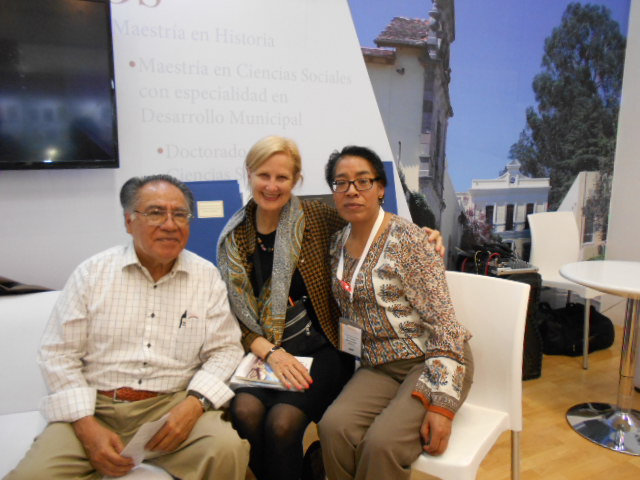 Gandhi Books. Popular Mexican chain with 20 bookstores (including one at the Mexico City Airport) also selling music, videos, and offering refreshments at its cafes. See www.gandhi.com.mx. Gandhi’s promo for the event was a smart take on God Save the Queen, Dios Salve a los Libros, May God Save Books!!

Libreria del Fondo Jose Luis Martinez.  A GDL bookstore at Av. Chapultapec Sur 198 which features books on ecology, economics, health, and science. A good number of patrician looking visitors at the impressive booth (not just its size but its titles). On Thursday night authors David Brading and Alan Knight presented a History of Mexico lecture from the point of view of Britain. The bookstore also features publications from Mexico’s Secretary of Public Education and CFE, Fondo de Cultura Economica, “la ciencia para todos”, science for everyone.

Luvina.  Luvina is a small, Guadalajara-based imprint of noteworthy educational books, usually a collection of writings in one book dedicated to one subject. Luvina publishes with the University of Guadalajara, the founder of the Guadalajara Book Fair. I bought Enfermedad (Illness) with poetry, photos, surrealistic art work, and 14 stories by different authors. See http://www.luvina.com.mx .

***Nirvana Libros, S.A of Mexico City featuring body/mind/spirit/philosophy books which are sold at Gonville in Guadalajara’s El Centro (Av. 16 de Septiembre y Avenida Juarez).  Aside from books we know well such as Mexican-American Don Miguel Ruiz’s The Four Agreements (and his other titles), Nirvana bravely put forth a large display of Swiss academic Tariq Ramadan’s Mi Vision del Islam Occidental (My Vision of Western Islam) which discusses the great confusion in themes of identity, religion and culture among Muslims. His book Muhammad which offers up a portrait of Muhammad as a mediator and a man of light, was also displayed with two titles by Abdelmunim Aya, most notably Islam sin Dios (Islam without God), an effort to diminish current stereotypes of Islam as presented in Western media. www.nirvanalibros.com

Quartoscuro.  Six editions/year of fine photography and documentation of the world. I went home with the February-March 2013 edition containing extraordinary photos of the Syrian catastrophe by Latino photographers Javier Manzano and Narciso Contreras. Wow. Prayers for all Syrians caught in the fray and prayers for all other refugees.

Gabriel Retes, an alternative lifestyle movie and theater director whom I briefly hosted at a film festival in LA and saw later in Mexico City with a group of other directors, mounted a theatrical production of the book/movie Trainspotting Thursday night. I missed it. A photo of Retes in the festival’s daily shows him with shoulder length red hair and a white beard slightly telegraphing the broken love subject that captivates him.

For those attending daily, there were a plethora of worthy speakers and subjects to select from. I would have liked to have heard Markus Dohle, CEO of Penguin Random House, talk about the future of publishing or attend several seminars on what’s happening inside Mexico.

I totally missed the American Library Association booth, wish I had thought to visit, and, the Sharjah Book Authority. I have always wanted to attend the Sharjah Book Fair, maybe next year?!

I’ve attended several Book Expo America’s in NY and LA, and other book fairs in the U.S., on behalf of clients. I’ve always enjoyed them but I especially enjoyed attending this year’s Guadalajara Book Fair. Discovering books to love in other countries offers an added dynamic to the experience. 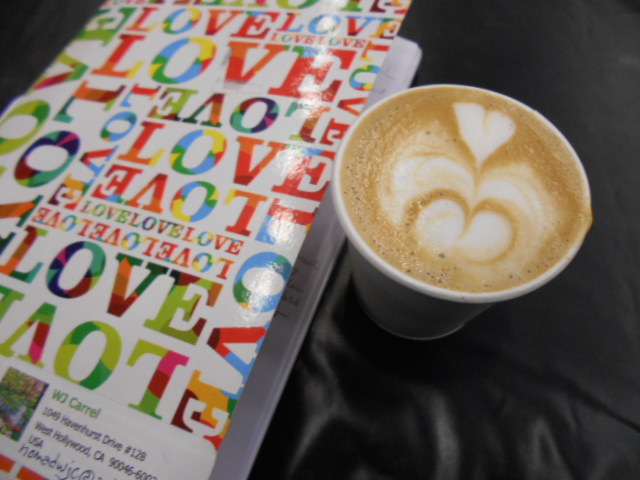